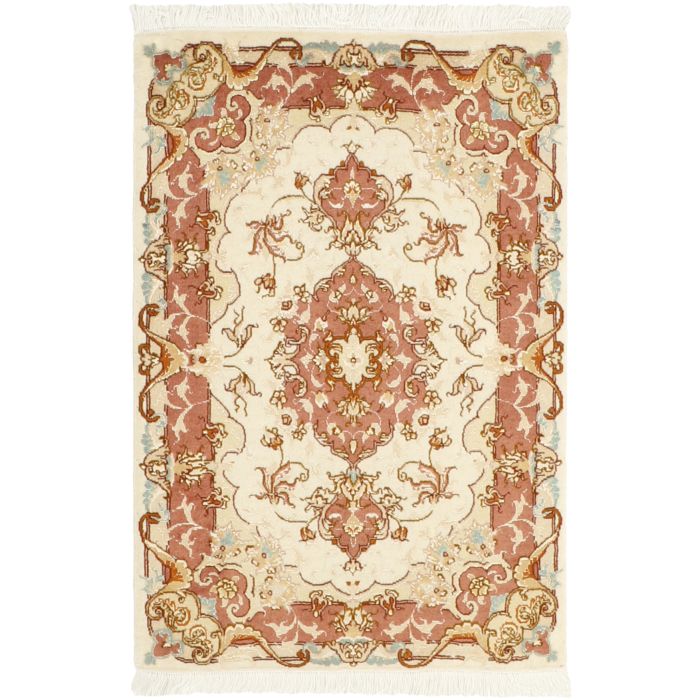 Skip to the beginning of the images gallery
Kuvaus
Tabriz is one of the most important cities in Iran. It has a population of 1,5 million people, and is the capitol of the East Azerbaijan province. As one of Persia’s biggest rug producing regions, Tabriz rugs are exported in all qualities, from the more simple to the most luxurious. The best qualities are divided into two main categories; the Tabriz Mahi, also known as “Tabriz fish pattern” (the rug’s leaf-shaped pattern is called Mahi, meaning “fish”), and the Tabriz Nagsheh, which means pattern. In this context, it refers to the figurative patterns and symbols from Keshan and Isfahan, which inspire the Tabriz Nagsheh rug. The knotters are incredibly skilled, and they have invented a special type of hook, which they can use instead of their fingers for knotting the knots. Warp and weft are cotton, and the pile is wool, often with silk woven into it in the finer qualities. The colours in the better rugs are fine and refined. The roughest qualities have bright colours and are rarely exported. Tabriz rugs are often given a number, such as Tabriz 50, which is an indication of quality. Tabriz 50 has 500.000 knots per m2. Rugs from Tabriz are regarded as being of a durable, very high quality.
Lisätietoja
Arvostelut
Kirjoita arvostelu
© 2020 Nettimatto.fi